5 Things we Learnt From The Premier League Gameweek 1

5 Things we Learnt From The Premier Leag ...

The Premier League returned with bang as Arsenal staged a thrilling comeback to beat Leicester, defending champions Chelsea suffered a shock defeat against Burnley and Romelu Lukaku proved his worth during his Manchester United debut with a brace in their rout of West Ham.

Here’s a look at a few things we learned from the opening weekend of the new season:

Throughout the pre-season, Antonio Conte has grown increasingly fraught as Chelsea failed to deliver his transfer targets, while allowing too many players to leave. The Chelsea boss claimed defending the title would be the toughest test of his career, especially with the European assignments now in his schedule, and his worst fears were confirmed in the stunning 3-2 home defeat against Burnley. Guardiola not yet there After Manchester City’s trophy-less first season under Pep, the Spaniard vowed to learn from it. His main takeaway from City’s flop last term was his side must be more ruthless in the penalty area, while matching their rivals’ work rate. Saturday’s 2-0 win at Brighton was a step in the right direction, but the City boss warned his players he’s still not satisfied. Sergio Aguero made the breakthrough after 70 minutes and an own goal doubled City’s advantage, yet Guardiola said:

“We have to learn to attack better. “

Last season we ran a lot but in the boxes we were not good. Hopefully in the future we can be more accurate.”

It might still be very early, but Manchester United’s emphatic 4-0 victory over West Ham United suggested they may be about to mount a first serious title challenge since the retirement of Alex Ferguson in 2013. Jose Mourinho’s side often played well last season without being able to make it count and ended up getting too many draws, but it was a completely different story this time round as a team spearheaded by new striker Romelu Lukaku obliterated the West Ham side .

Arsenal’s defence is in shambles 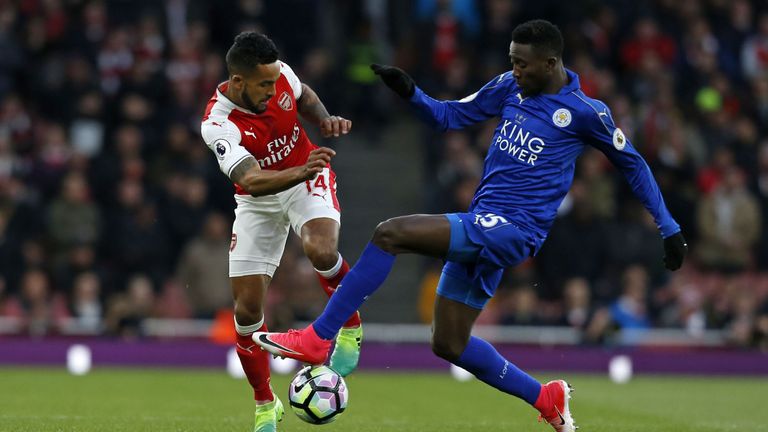 Aresenal may have still eventually won the game but there was no joy watching their defensive problems. Leicester’s first and third goals came from simple corner routines, while their second stemmed from a loose pass by Arsenal midfielder Granit Xhaka. Arsenal finished the game with midfielder Alex Oxlade-Chamberlain at right-back, right-back Hector Bellerin at left-back and two left-backs — Nacho Monreal and Sead Kolasinac — in central defence. Laurent Koscielny remains suspended for next weekend’s trip to Stoke City and Gabriel is still sidelined, but Shkodran Mustafi and Per Mertesacker could return to give the defence a more conventional — and solid — appearance.

Liverpool may not miss Coutinho

Liverpool made a frustrating start to the season with a 3-3 draw away to Watford. Phillipe Coutinho, however, was not missed. The Brazil playmaker, absent due to a back injury, has been the subject of strong interest from Barcelona. But Roberto Firminho, Sadio Mane and new signing Mohamed Salah all scored and with Adam Lallana still to return from injury and Divock Origi, Daniel Sturridge and Dominic Solanke also at Jurgen Klopp’s disposal, if Coutinho were to leave, Liverpool might not miss him as much as we fear.

Lets see how the rest of the league goes and keep it Varcity for more updates.