Are Afro Power Couple Burna Boy and Steflon Don Over??? Stefflon Don has come out to deny the rumours spreading around that her relationship with Burna Boy has crashed.

The London based rapper took to her Instagram stories on Tuesday, August 27, 2019, where she shared a post debunking the news of a breakup. She revealed that the videos in circulation of Burna Boy and Princess Shyngle are from the past. She prayed for people to give it rest as there was no trouble in paradise.

“Old videos. Please let it rest, we good over here. Thanks,”

she wrote. She went on to share a photo of Burna Boy and herself during a video call. 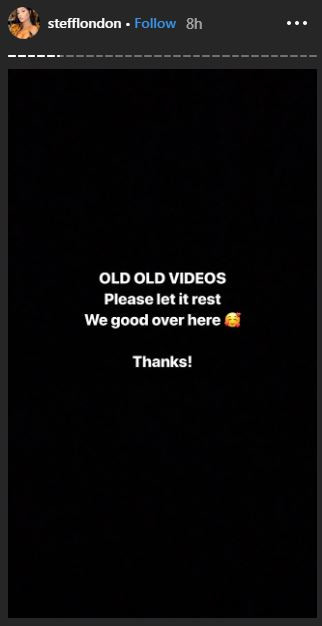 I guess we can officially put down the rumors as it seem all good between the couple.

Since Burna Boy revealed that he and Stefflon Don had officially become a pair, their relationship has become the talk of many including fans and critics. However, we’ve admired how they have remained affectionate towards each other…plus the PDA is top-notch