What does the National Monument KICC And a Donkey Have in Common??

What does the National Monument KICC And ...

Back in the days, when you first visited Nairobi people would take pictures around KICC so as to show people you were in Nairobi. It was like a famous landmark in Nairobi. KICC used to give us memories of being in Nairobi.

It looks like those memories will be erased after Kenya’s first Africa Chief Architect; David Mutiso revealed that the building design was inspired by a donkey’s erect penis when he designed the building in 1968.

“They wanted to build a headquarter for KANU. We started sketching, initially it was a simple four-storey building, it evolved with time. Every time we showed the president, he asked us to go higher and eventually we ended up with 17 floors.”

“The initial tower was inspired by a donkey’s penis”. 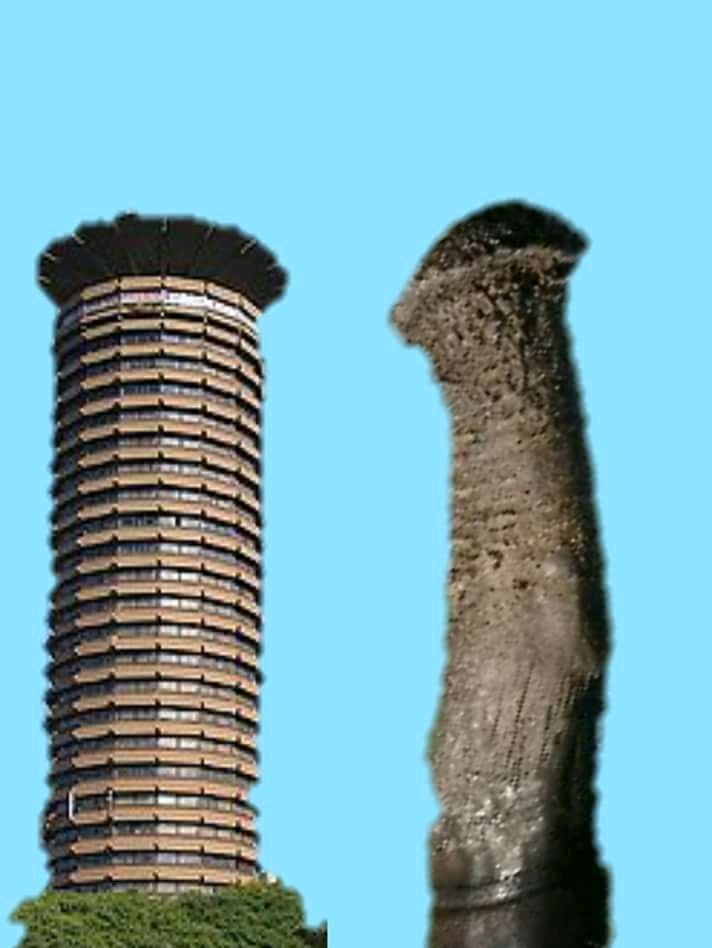 I will never veiw the fireworks from KICC the same way 😢 😢 #KICC pic.twitter.com/QvfikFNSZS

So apparently the KICC tower, the design was inspired by a donkey Penis, smh! I feel so bad yani, do you know how man my times I have been at the top of that building chasing the sunset…😫😫😫#kicc