Kenya’s most lyrical male hip hop artiste, Octopizzo takes a break from his musical routine to support women in a good course. He joined the VAWG (Violence Against Women and Girls) as the ambassador for the British Council. He met with Ciaran Devane, Chief Executive of the British Council, last week during his visit to the U.K. The father of two daughters executed his reiteration through a football programme he launched at Moi Stadium in Kisumu. 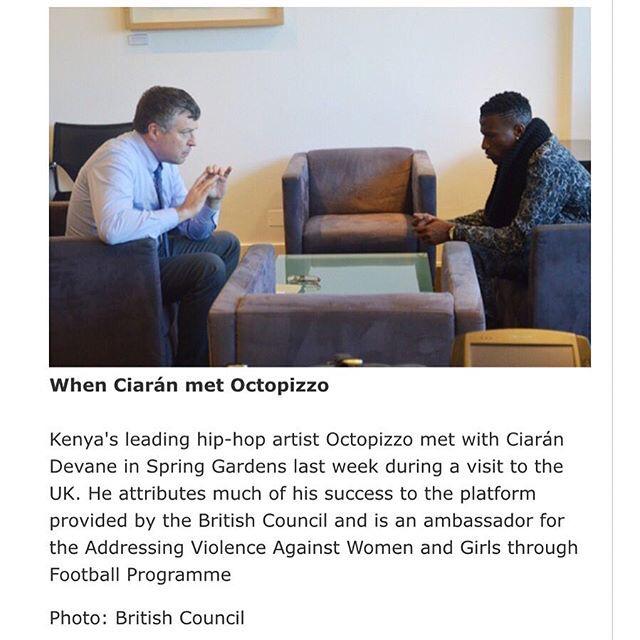 Octopizzo is also a youth ambassador for UNHCR(United Nation High Commission for Refugees) and Film Aid International which supports the refugees.