Diego Maradona has been treated by paramedics following Argentina’s dramatic 2-1 victory over Nigeria at the 2018 World Cup.

The 57-year-old could be seen being helped from his seat at the St Petersburg Stadium, before collapsing into a chair inside the stadium.

He was immediately attended to by Russian paramedics and Argentine newspaper Cronica and ESPN in Latin America reported that he was transported to a local hospital shortly afterwards.

However, an Argentina source has since told The Independent that the 1986 World Cup winner had been stabilised at the stadium itself and denied that he had been taken to hospital. Maradona was pictured in the early hours of Wednesday morning on a private jet destined for Moscow.

Many people are wondering about is erratic behavior at various matches.

He was earlier in the game seen showing the middle finger to Nigerian supporters after tey scored their goal. 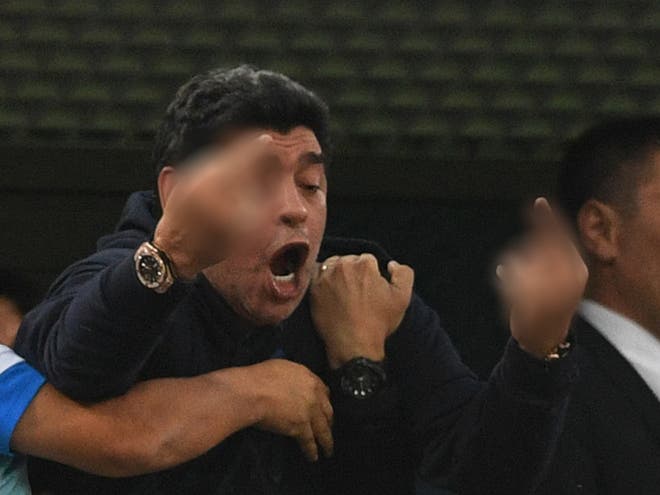 Maradona is widely regarded as one of the best players ever to grace the game, famous for driving Argentina to glory at Mexico 86, helped by his ‘Hand of God’ goal against England.

What do you think is going on with Maradona? Tell us below.